The Committee decided that we should again enter Jock White National Field Day after a break in 2020.  This was a relaxed affair.   Malcolm ZL2UDF organised the use of Kaiwharawhara Park (accessed off the Hutt Road) from Wellington City Council. This site was used in the 1990s by the club, before we moved to Athletic Park (no more) and then to Quartz Hill.

We secured the venue from 1pm on Saturday to 1pm on Sunday. John ZL2XJ organised equipment and set up/close down. Six members turned out.

The October meeting featured the annual Blackwood Cup.   Three entries were received – one each from Bernard ZL2BD, Ted ZL2TB and Mike ZL1AXG.   The trophy went to Mike ZL1AXG for his adaptations of the BITX40 transceiver.  But voting was very close.   Mike will be writing up his BITX40 mods on the Arduino section of this website as time allows. 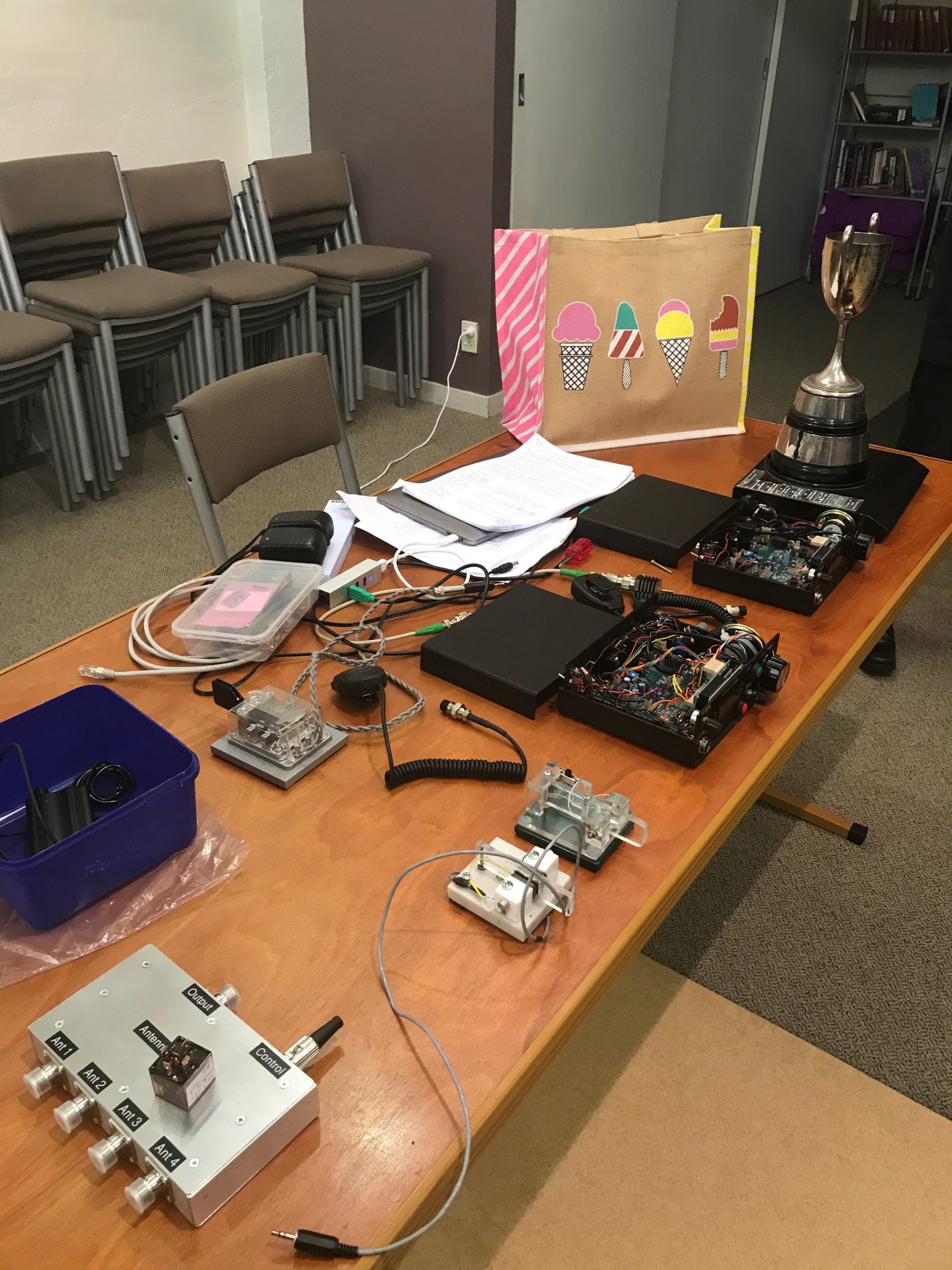 The other projects included: 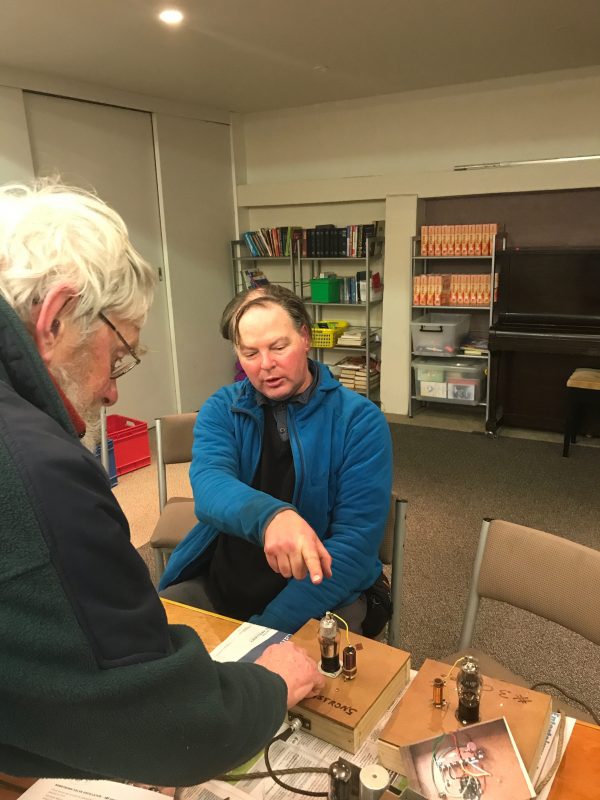 Our August meeting featured  competing teams in the most fun event of the year, creating our one valve oscillator transmitters! 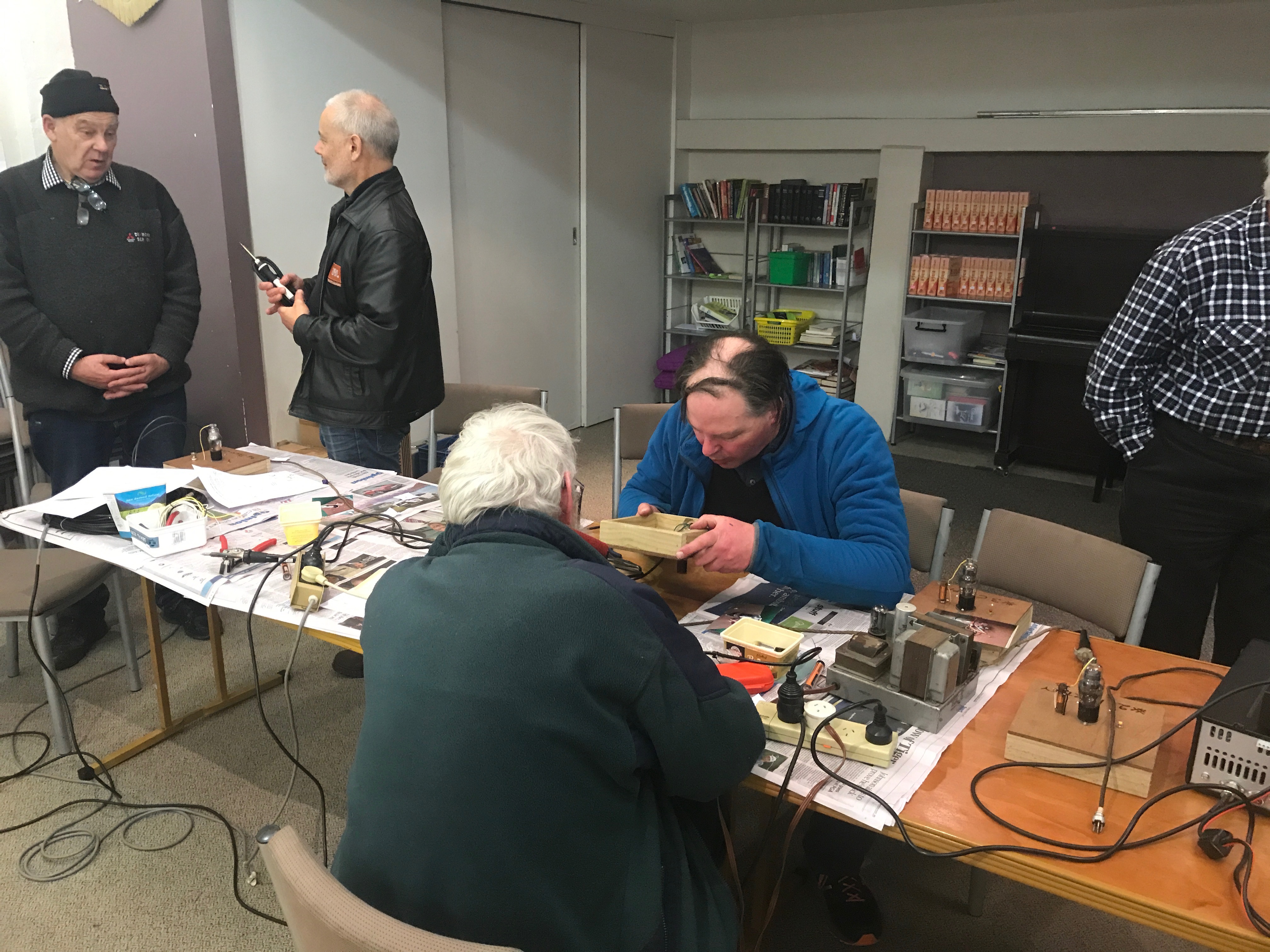 At our October 2016 meeting (held on 16 October at the Lutheran Church Hall, King St, Mt Cook in Wellington) we held the annual Blackwood Cup contest for the best homebrew project over the last 12 months

With only one contestant, Doug ZL2AOV, the outcome was pre-determined and Doug was awarded the Cup for his QRP SSB project.  It’s interesting that Doug’s late father Frank (then Z2CD) won the Blackwood Cup back in 1931 with an Emergency Transmitter.